Coach Asa is an intuitive and knowledgeable professional with more than a decade of coaching experience under his belt. Asa began his coaching career at Brigham Young University - Hawaii; training and developing athletes across 11 different sports, while navigating the NCAA landscape and earning his bachelor's degree in Exercise and Sport Science.

When he returned to the GTA in 2013, he continued his career coaching youth athletes, mainly in sports medicine clinics. Over the years, Asa has developed and prepared dozens of young athletes on their way to collegiate and professional sports.

Presently, as the Director of Performance at PHYSELITE, Asa works with a team of talented clinicians and coaches who share his passion, vision and dedication to developing athletes. They have created an integrated system that support young athletes throughout their journey from rehabilitation, to performance, to the achievement of their goals.

From rehabilitation to performance, helping athletes achieve their performance goals in collaboration with clinical experts.

Empowering athletes, coaches and practitioners through continuing educational seminars and lectures on the fundamentals of athletic development.

Developing the next generation of performance coaches through hands-on training and professional mentorship.

Designed and anchored in established exercise science and sport medicine principles. Programs allow athletes to be managed through all the phases their rehabilitation-performance continuum. The athlete is at the centre of their care. 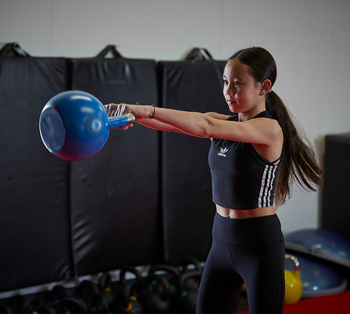 Suits the athlete new to performance training or the athlete looking to maintain conditioning during the season. Everything you need to get started and reduce injury risks. 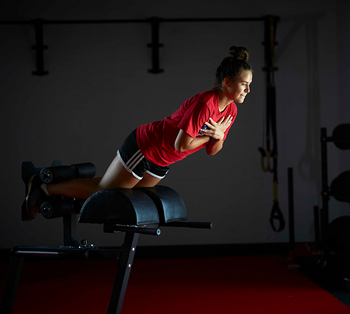 Ideal for athletes that prefer an increased level of individualized feedback and dedicated attention; especially those making the initial transition from rehab to performance. 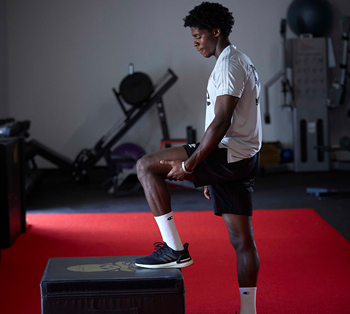 Perfect for athletes looking to make gains during their off-season to reach the next level. Suits preparation for showcases, big tournaments and trials. 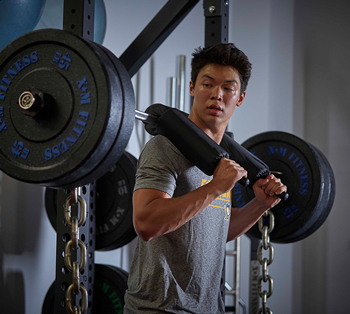 Designed for professional and collegiate athletes going through an intensive training cycle: Off-season, recovering from injury, preparation for play-offs, trials and tournaments.

I was introduced to Asa about 5 years ago from soccer, and since then he has helped me develop into the athlete I am today. I've been through a lot of injuries in my athletic career, and he has personally helped me with every single one of them. He always checks in on his athletes and you can tell he cares very much about their development. Every single time I visit him for a workout, he always makes sure to target my specific needs and is very good at understanding the components and exercises crucial to various sports. To me, and many other athletes that train with Asa, it is a home. There's always a sense of belonging in his gym and you never feel like a second thought. Asa continues to drive and motivate me through my athletic journey, and he always pushes me to work hard in achieving my goals.

I started training with Coach Asa the summer I turned 13 years old, and for all 6 years since, Asa has played a key role in my physical and mental strength journey. Asa has preached being the importance of working to become the complete athlete, and developing all the necessary attributes to be the most dominant in competiton, as well as the tools needed to prevent injury and increase longevity. Asa has also helped me in the mental aspect of being an athlete, as through his intuition and knowledge, I have learned more about myself as an athlete and how to deal with challenges in athletics and in life. Coach Asa has encouraged me to reach for the stars, and I look forward to continuing on my fitness journey, with him by my side.

I heard about Asa through one of my close friends and I can't express how amazing he is. Being a professional athlete, you're always trying to find ways to get ahead. So, once I met Asa and experienced his training, I knew without a doubt he was going to be a person that will help me thrive to be greater. Asa is top class, he knows how to incorporate fun, while still pushing you to be your best. He helps keep me motivated and even on days where I'm not feeling it we still find a way to work. Aside from his training, you can tell he genuinely cares for all of his athletes. You won't find a person more invested and dedicated than Asa. I honestly don't look at Asa as a trainer ... he's family. I would recommend him to everyone - he is amazing! Asa you're the GOAT!!! Love you man!!

Training at Physelite with Coach Asa has been an experience that I am most grateful for. He has helped me to achieve my goals in building not only physical strength, but mental strength as well. His consistent encouragement and commitment to tailor my workouts to fit my athletic needs, has definitely made me a stronger and faster athlete. Coach Asa always has his athlete’s best interests in mind, seeking to help make improvements to the way he trains us in order to ensure he has made a positive impact in our athletic career. With his new facility, he provides an outstanding training atmosphere. I am proud to say, I train with Coach Asa at Physelite.

Asa and his team at PHYSELITE have run our off-ice program for 2 years. Their professionalism and knowledge helped our athletes stay injury free while training for gains in balance, agility, strength, and endurance. The expertise displayed helped our athletes stay focused on the workouts while having fun and learning proper techniques for training. I was extremely satisfied with how Asa handled running our program and will continue to use him as our camps move forward.

Ever since I was young, I have wanted to become a pro hockey player and Asa has been helping me achieve that dream. Asa helped me tremendously while training for my Minor Midget year and the OHL draft. With his help, I got drafted 63rd overall in the OHL Priority Selection. Then he helped me prepare for my first year in the OHL as an underager. Because of his efforts I am the player I am today. Not only did he help me get much bigger and stronger to compete with older players, but he also helped me become much faster as well so that I had a well-rounded game. He’s very personable and always makes everyone feel welcome at the gym. Asa is truly an excellent trainer. He is very skilled, precise and thoughtful with all of his work. I recommend Asa without reservation.

I first met Asa in 2015 following an ankle injury and I was eager to resume my caliber of play. My goal was to achieve a soccer scholarship to an NCAA university and after school, play professionally overseas particularly in Europe. Since working with Asa I built the strength not only physically but mentally to achieve my long-term goals. Asa's unique targeted approach and attention to detail make his training a necessity for every athlete. My agility, balance and strength have all improved and I have yet to encounter an injury now that my body can withstand the demands of my sport. He is by far one of the best performance coaches, which is why after 5 years he is still my first call when I need training.